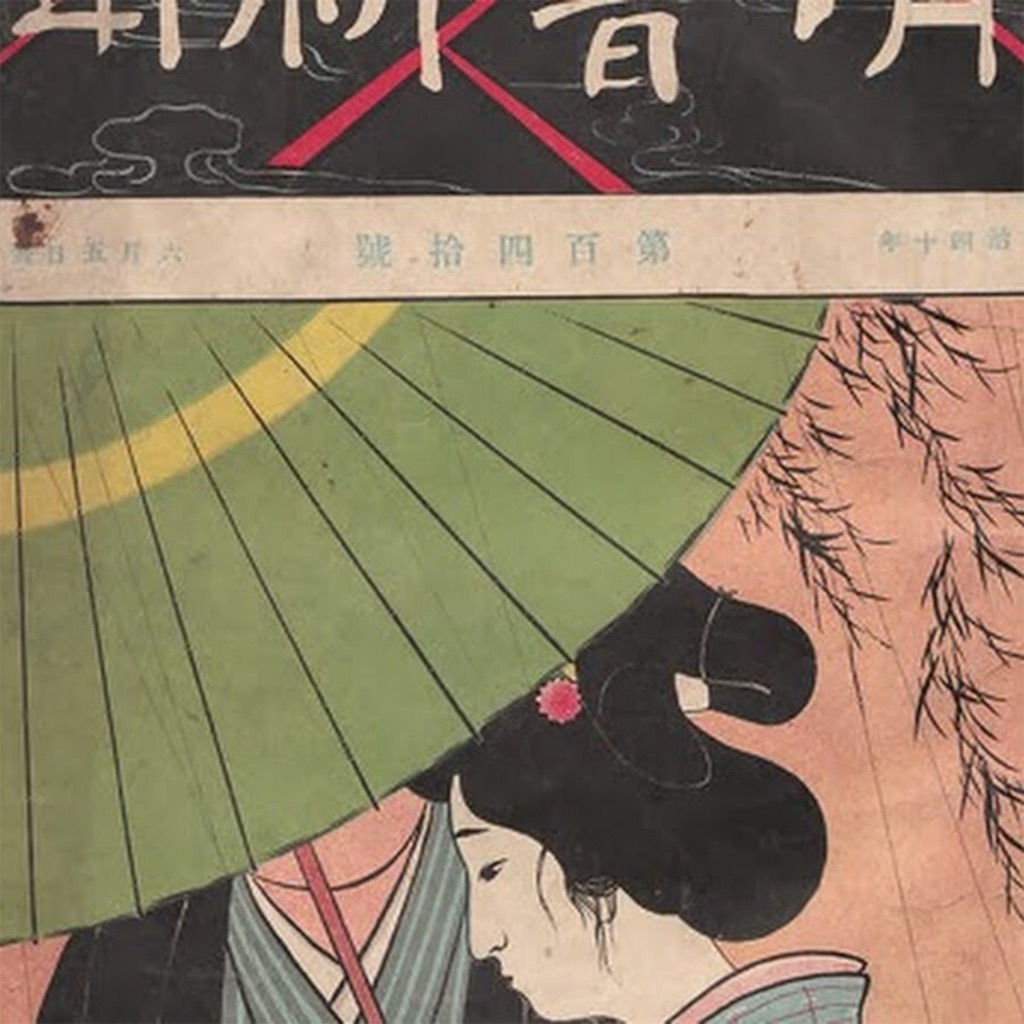 Miyatake Gaikotsu, 1867-1955. Journalist, culture and folkways researcher, newspaper and magazine scholar. Born in Kagawa Prefecture, Japan. Published the "Witty Fellowship Magazine" in Meiji 20 (1887), followed by the "Hilarity Times Newspaper", "Tiptop", and a number of magazines and unusual volumes. Known as an eccentric who was fiercely defiant of authority and possessed a great satirical sense of humor. His belittling and ridiculing of figures in government landed him in jail four times. He was also forced to pay numerous fines, and his publications were banned a total of 29 times on account of the nature of the articles they contained. He founded the Meiji Shinbun Zasshi Bunko (Meiji Newspaper and Magazine Resource Center) at Tokyo University and served as its chief supervisor. 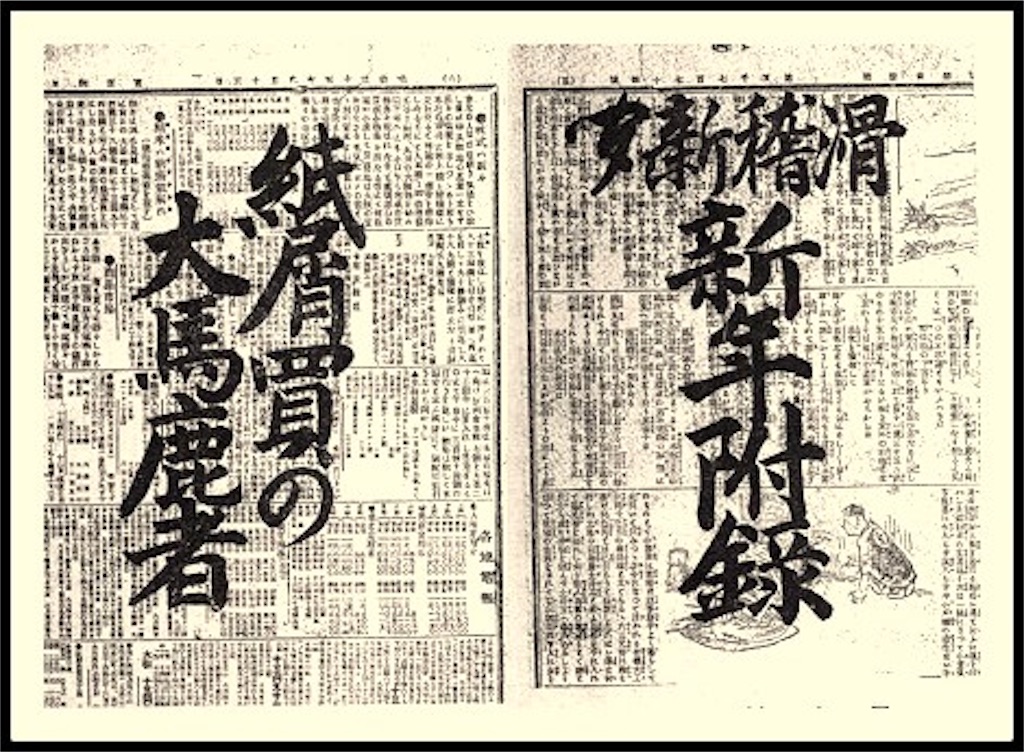 The satire from the Meiji and Taisho eras (1868-1926) in Japan still rings through today. Here I have taken an excerpt from one of Miyatake Gaikotsu’s publications, the "Hilarity Times Newspaper". In this excerpt, Miyatake takes a look at the deep yet hilarious aspects of kanji. At the same time, I also feel that he is confronting readers with the fact that the elements of certain kanji seem to implicitly belittle women. I hope you all enjoy the “fresh new take on the ordinary” that Gaikotsu invites us to see. 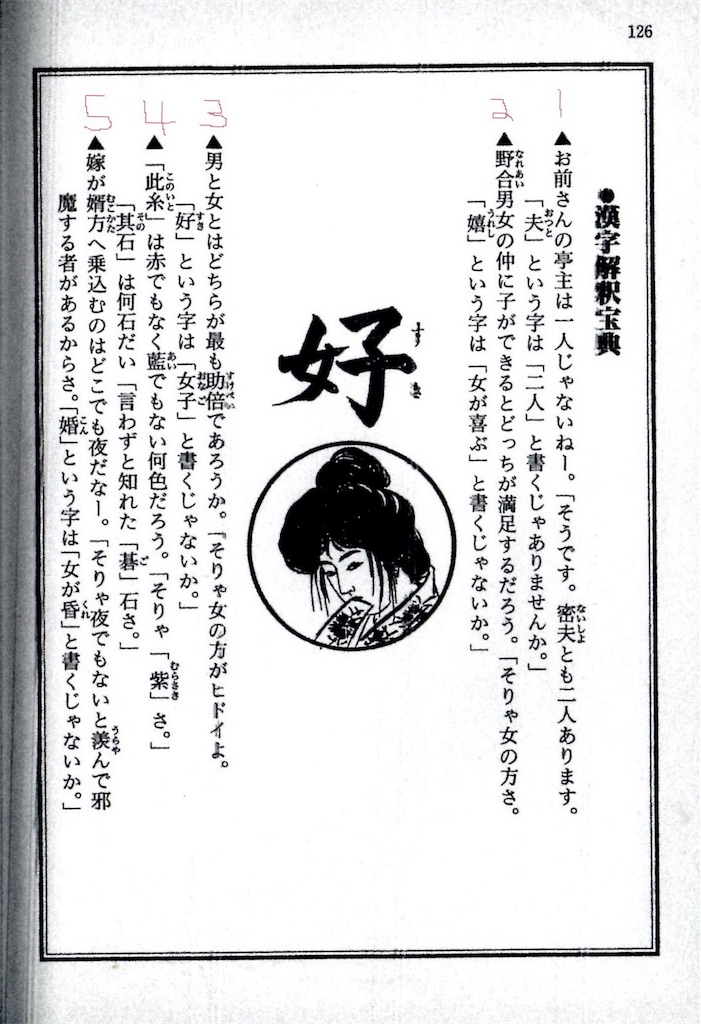 (Man) Hey, it looks like you have more than one husband.

(Woman) That’s right. Just between you and mean, I actually have two.

Isn’t that why the character for husband is the combination of person (人) and the number two (二) (人 + 二 = 夫).

(Person 1) A man and woman engaged in an illicit affair have a child out of wedlock. Which one will be most satisfied with the fruit of their shenanigans?

(Person 2) Why the woman of course. When you breakdown the character for "happy" (嬉), it means "woman (女) rejoices (喜)."

(Person 1) When it comes to men and women, who do think is the most lecherous lot?

(Person 1) It seems that the bride-to-be (嫁) is always carted off to her waiting groom (婿方) at night time.

(Person 2) Of course it’s always at night! If they went carting her around in the daytime some envious fool would do something rash to hold up the parade. Take a look at that character for "marriage" (婚). There’s no coincidence that it’s written as "woman" (女) comes at "nightfall" (昏). 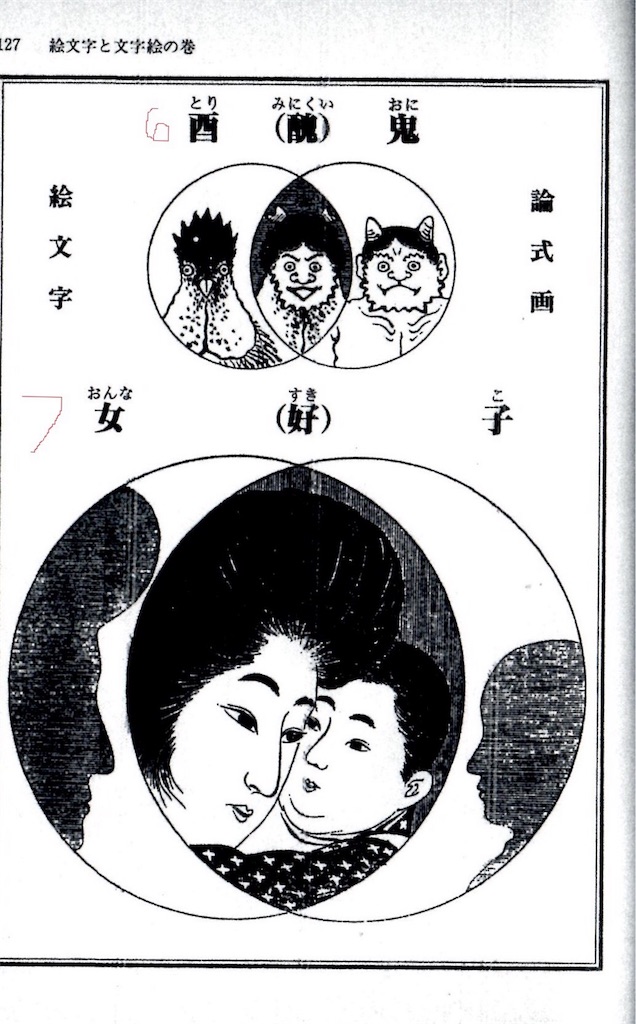 *Go: A board game which originated in ancient China that is widely played throughout East Asia. 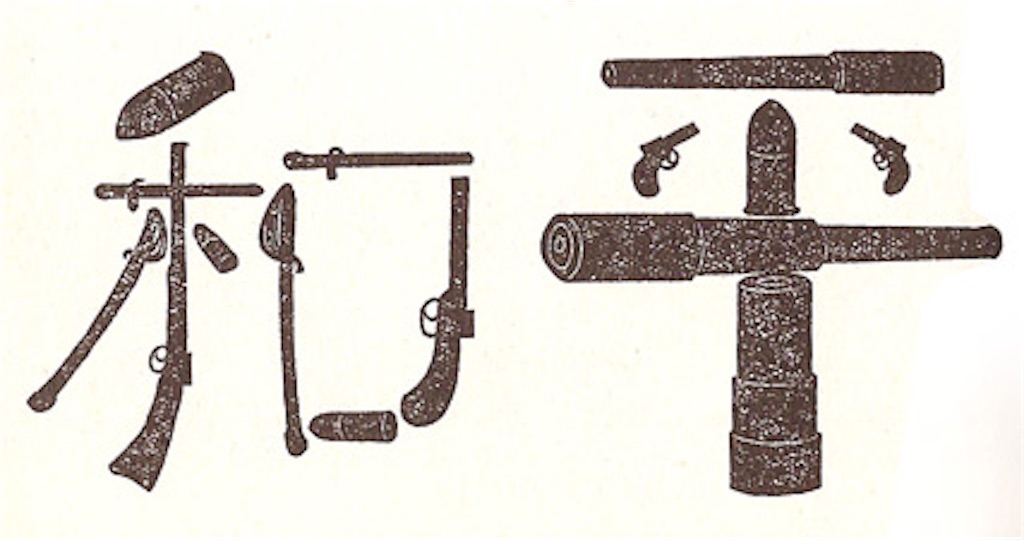 The kanji characters for peace (heiwa) made up of weapons.