The release date for The Last Jedi (TLJ) is fast approaching, and with it a new pamphlet to promote the film has been distributed to theaters across Japan. These kind of pamphlets, which are printed on high quality B5 paper, represent a unique approach to advertising films here in Japan. The frontside is generally the same as the posters that are displayed about the theater, while the backside bears an overview of the film or an introdution to the characters. The "Ver. 1.0" pamphlet that was distributed early this summer garnered alot of attention from fans overseas, so I decided to whip up a simple translation for those interested to see what this one has to say. The translation is posted below the photo of the pamphlet's backside. 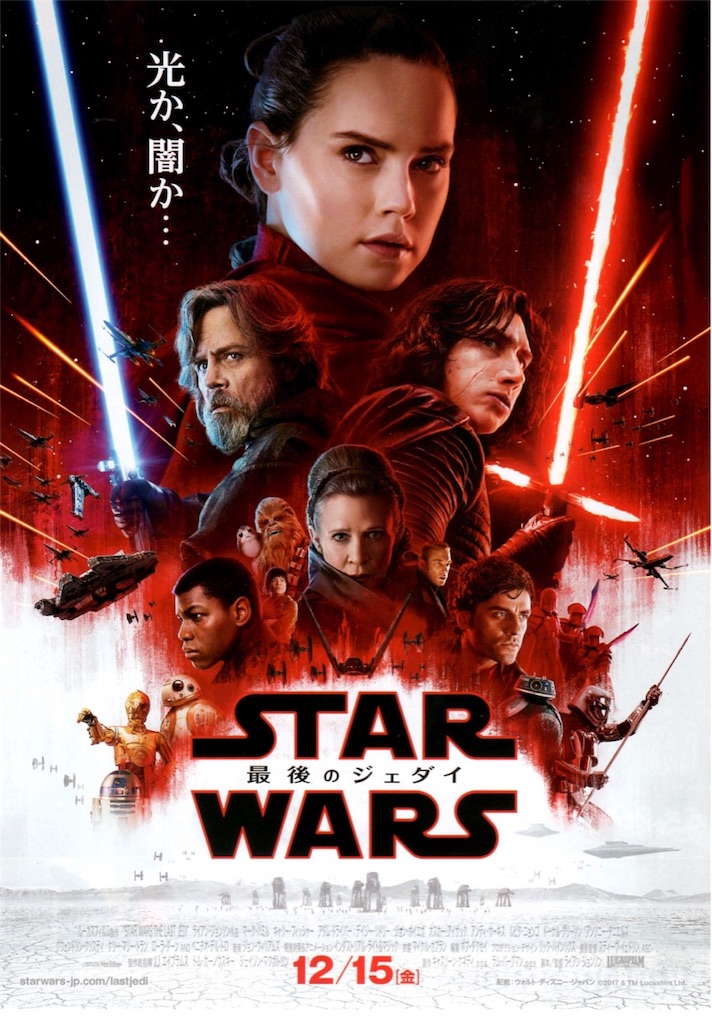 ''光か、闇か (Hikari ka, Yami ka) The Light... or the Dark". The Japanese title for the film "最後のジェダイ (Saigo no Jedi)" can be seen in the middle of the Star Wars logo. 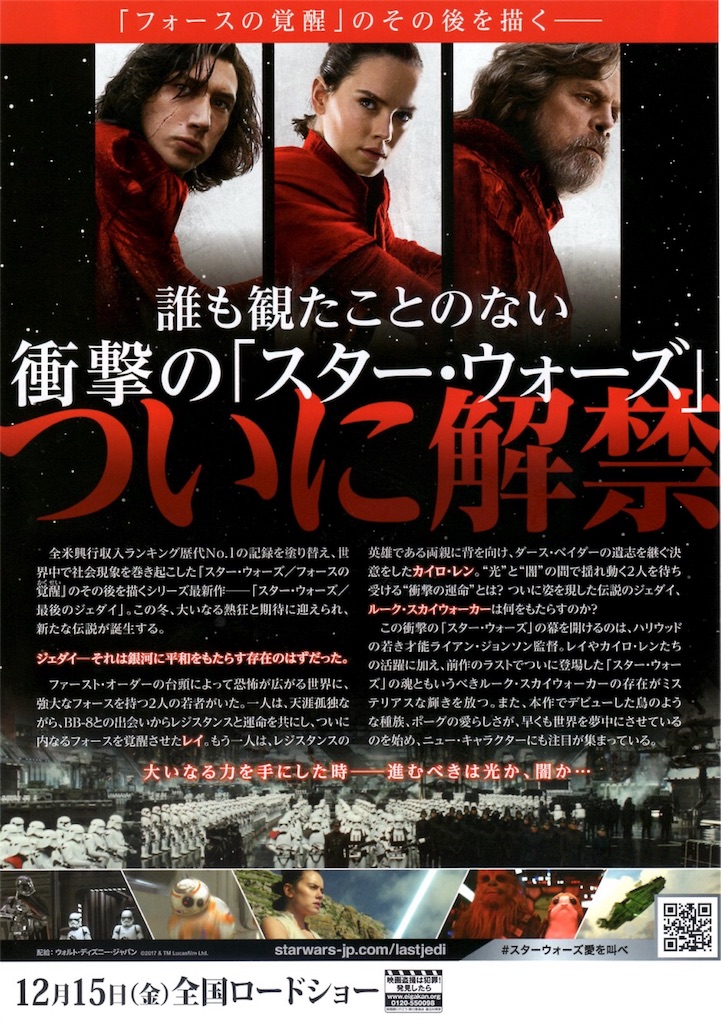 The Force Awakens (TFA) set off a global sensation when it hit theaters, shattering box office records in the US. This winter the world will once again be brimming with fervor and excitement over the release of The Last Jedi (TLJ), the latest installment in the series. Picking up where TFA left off, TLJ adds a new chapter to the rich lore of the Star Wars saga.

The Jedi… Stewards expected to bring peace to the galaxy

Fear has swept across the galaxy with the rise of the First Order. Amidst this turmoil, two young powerful Force users have emerged. There is Rey, a girl all alone on distant world whose destiny was forever changed by a chance encounter with BB-8. She joins him and the Resistance, and in doing so awakens the Force within her. Then there is Kylo Ren, born of heroes of the Resistance. Turning his back on his parents, he decides to take up the mantle of Darth Vader. A startling fate awaits these two Force wielders, with each feeling the pull of both the Light and the Dark. Luke Skywalker, the legendary Jedi, has finally come out of hiding. What impact will his return have on the galaxy?

The man behind the camera for this mind-shattering tale of the Star Wars saga is Rian Johnson, one of Hollywood’s up-and-coming bright young directors. TLJ continues to follow the exploits of Rey, Kylo, and other characters introduced in TFA. It also adds a mysterious and captivating air to the figure of Luke Skywalker, the very soul of the saga who made his appearance in the final scene of Episode VII. In addition to these now familiar faces, TLJ introduces us to a new host of characters such as the porgs, an adorable species of birdlike creatures that have already won the hearts of many fans across the globe.

The Light… or the Dark… That is the decision that must be made when immeasurable power is obtained.